In conjunction with Edinboro University, North Coast Flight School is proud to offer the AAS in Aeronautical Science program! North Coast is the flight and ground training center for your Private, Instrument, and Commercial ratings under Part 141, as well as your Complex Endorsement.  General Education and Aviation specific college courses are provided at Edinboro University.  Completion of this program will grant you the ratings necessary to seek employment in many aviation fields, including Charter operations, Banner Towing, Skydiving operations, or Flight instructing.   Scholarships are available through the Erie Regional Airport Authority for prospective students.  For more information, visit Edinboro University’s web page: http://www.edinboro.edu/academics/majors-and-programs/programs/aeronautical-science/ 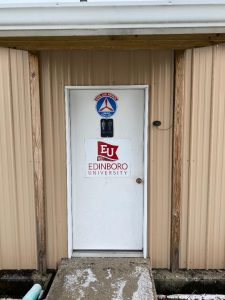 Private Pilot is the base upon which all further ratings expand.  A Private Pilot license allows you to fly recreationally, as Pilot in Command of an aircraft.  This rating requires 35 hours of flight instruction under Part 141.

Instrument Rating is the intermediate step between your Private Pilot and Commercial license.  The Instrument Rating allows you to operate an aircraft in low-visibility, using the instruments in the aircraft.  This is an important rating for any pilot, and a prerequisite for Commercial flying. An Instrument Rating requires an additional 35 hours under Part 141.

Commercial Pilot is the final course at NCFS.  The Commercial Pilot license allows you to operate an aircraft for compensation or hire.  This rating would allow you to be paid to fly! From this point, graduates could pursue a CFI (Certified Flight Instructor) and ATP (Airline Transport Pilot), to either Instruct or fly for the airlines! A Commercial Rating requires a total of 190 hours under Part 141.